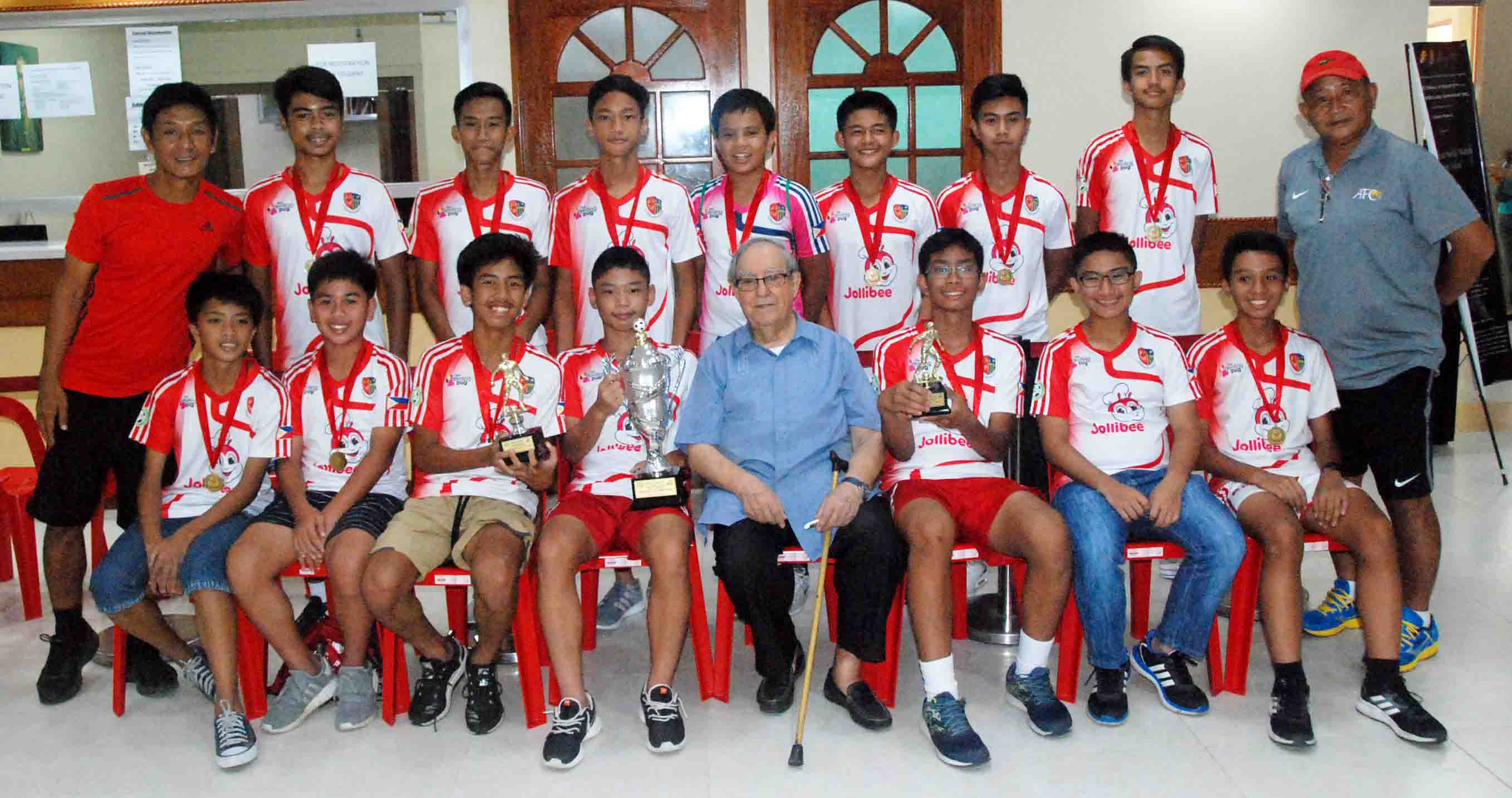 The Claretian boys who were born in 2003-2004 dominated the Makati Football Club, 5-0, in the championship match. Eventual MVP Florenz Tacardon scored a hat trick while Rain Castro and Gab Ramos contributed one goal apiece.  Claret had defeated the same Makati FC side in the elimination round, 4-1.

Pitted against Dela Salle Zobel team, the only team that dealt Claret its only loss in the elimination round, 1-5, the boys of legendary coach Bob Salvacion stepped up in the semifinals to pull off a surprising and exciting extra time victory over a team with several U15 national training pool members in its lineup. The same La Salle Zobel team were the RIFA (Rizal Football Association) League champions in the same category last March.

With just a few minutes left in the second extra time and the score tied at 4-4, was Florenz Tacardon made a forward pass to a running Paolo Canet who perfectly hit the shot for the game winner.

The victory proved once again that big hearts win games as Claret survived the match with three of its best players – Florenz Tacardon, Rain Castro and Lorenz Mateo already succumbing to cramps as early as the second half of regular time. Other goal scorers for Claret were Best Striker awardee Lorenz Mateo with two, while Florenz Tacardon and Patrick Lim (penalty) contributed one each.

Claret U9 and U15 Place 2nd and 3rd, Respectively

The Claret U13 side (born 2005-06), eliminated last year in the same category, made a big stride as the team finished third this time, matching its recent RIFA League finish.

Members of the Victorious Claret U15 Football Team :