From among the thirteen (13) teams who joined the 17th Philippine Robotics Olympiad held at Fishermall in Quezon City on August 10, 2018 the Claret School of Quezon City’s Robot Soccer Team won the first place.

The team is composed of Jan-Kristopher Cuevas, Alaric Espiña and Juan Gabriel Flores with Mr. Roxan Cosico as the team coach.

It is claimed that the team’s winning effort springs from the learning experiences in Costa Rica where they joined the World Robotics Olympiad last year. The team acknowledges the full support of the administration, the school community together with the parents for its success.

The Robot Soccer Team will represent the Philippines in the World Robot Olympiad in Shangmai, Thailand in November 2018. 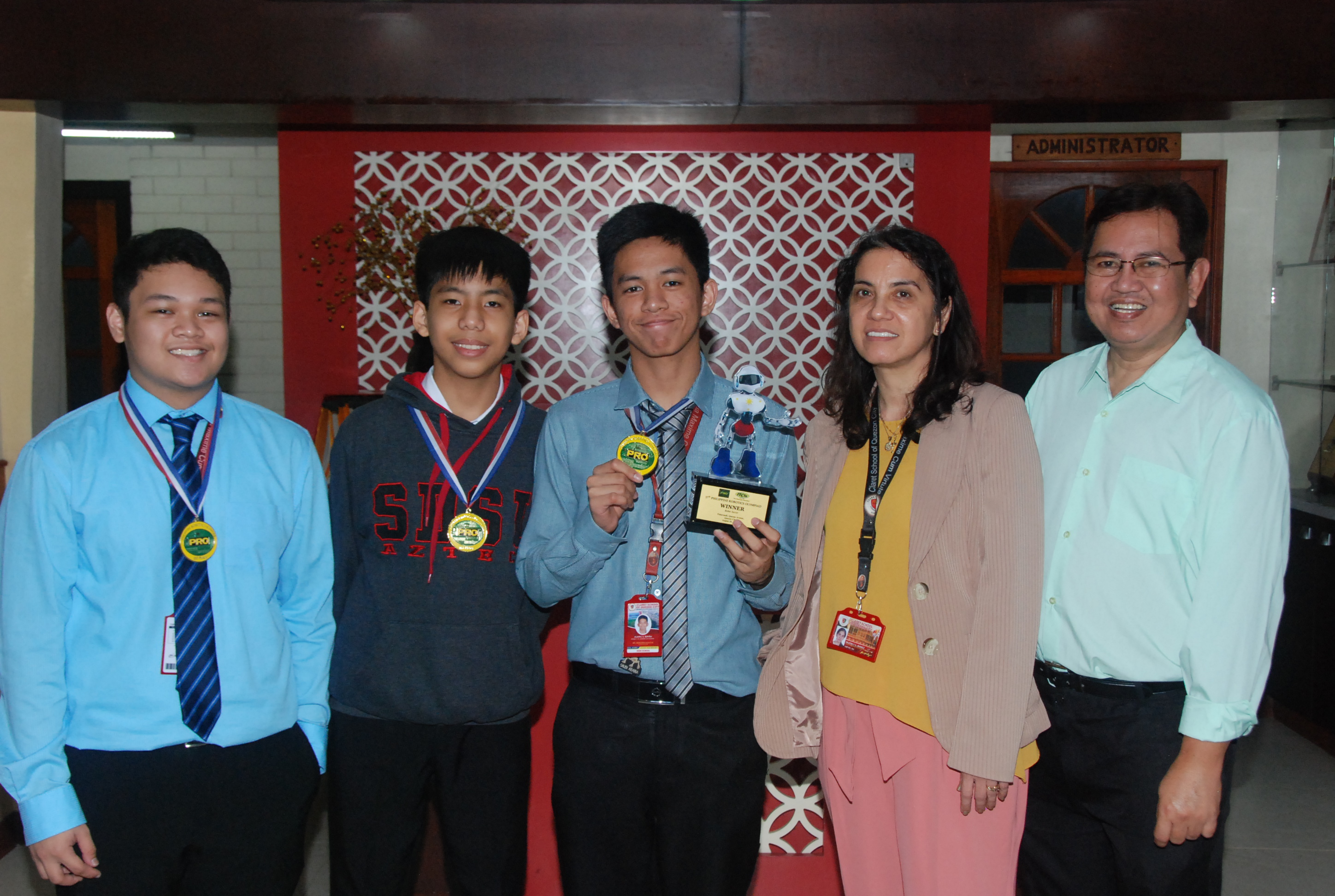 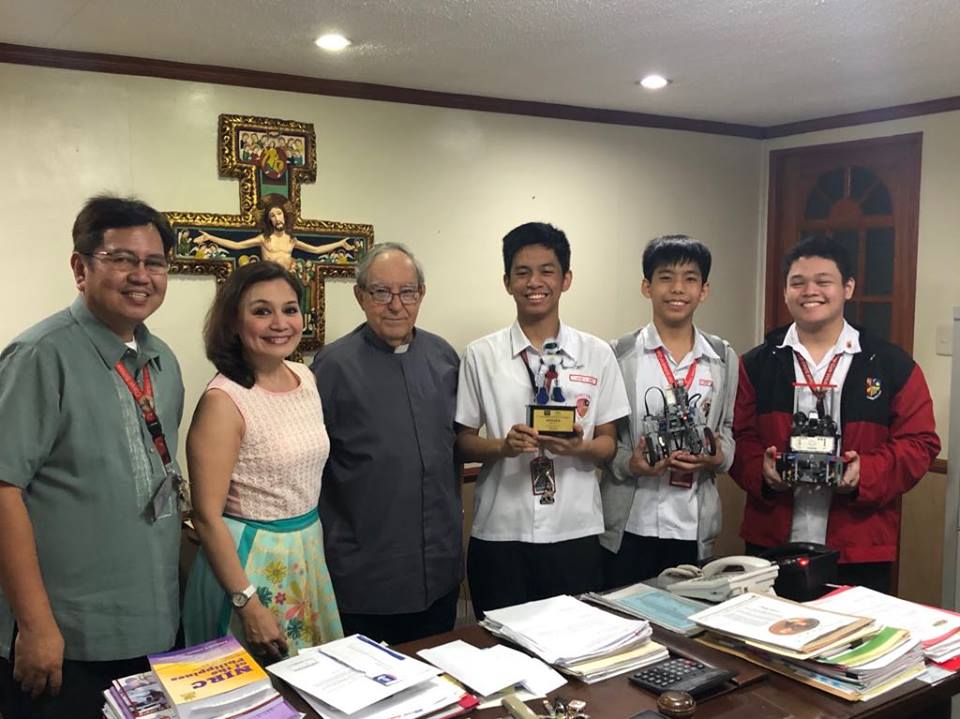 The team made a courtesy call to the school administrator, Fr. Santiago Gonzalez, CMF  together with Ms. Mylene Abiva, organizer of the Philippine Robotics Olympiad.